Reaching the Suprascapular Nerve in Volleyball Players ... Is it so difficult to Recognize it?

Is it Hard to Recognize Suprascapular Nerve Injury in Volleyball Players?

It is appropriate to return to this pathology among volleyball players today because they present a particular picture: the asymptomatic involvement of the infra spinal muscle.

In 2013, there were around 120,000 licensed and practically in France as many women (48%) as men (52%) who are engaged in this sport, which is considered relatively not  a very traumatic sport . On the other hand, volleyball offers the particularity of being without context the sport in which we can observes - or has observed - the most microtraumatic lesions of the Suprascapular Nerve (SSN).

This nerve must be considered as "The nerve of the shoulder" because, not only it supplies the supra and the infra spinal muscles, but it also presents a sensitive ramifications to the destination of the  Scapulohumeral and Acromioclavicular joints, and probably also to the scapula. If the motor attacks of the supra and the infra spinal muscles are always in the foreground, the sensitive attacks seem to be able to exist also in an isolated way and therefore in the absence of a motor impairment.

The first scientific publication concerning the attack of the supra-scapular nerve during volleyball practice appears to be that of Guo and Xu (1) in the Chinese Journal of Sports Medicine. Their work focused on the histopathological, clinical and electrical injury of the infra spinal muscle. For these authors, it was an "entrapment" of the SSN at the level of the spino-glenoid in relation with the extreme movements made by the scapula during certain movement..

The first documented scientific publication on this lesion during the practice of volleyball is that of Feretti in 1987 (2). The author's attention was previously focused by the finding of isolated the paralysis infra spinal muscle in three Olympic athletes at the Los Angeles Olympics. His first observations led him to examine 96 top players at the European Volleyball Championships (Hollande 1985).

He then noted an isolated amyotrophy of the infra spinal muscle in 12 of these athletes (10 men and 2 women). In these athletes, it resulted a "significant" deficit of the external rotation of the arm. Three of them benefited from an electrophysiological and isokinetic assessment showing denervation of the infra spinal muscle and a loss of force of about 22% during the external rotation test. For this author, the achievement of the SSN was linked to a repetitive constraints when the nerve is tension during two phases of the service: "cocking" and "follow-throw". He first incriminated the famous "floating service" which made reception with both hands difficult and would lead the adoption of the reception of the service in headlines.

In this series, the injury of the  infra spinal muscle was isolated and the supra spinal  muscle was still respected, which differentiated this lesion from the usual SSN in athletes where both muscles were usually involved (3). At that time, many authors considered that the lesions of the SSN were a ductal syndrome located at the level of the coracoid notch and related to the repeated stresses that the nerve suffered at this level during abrupt and violent movements of the shoulder and the result is an injury of both muscles: supra- and infra spinal.

Localized involvement of SSN at the level of the spinoglénoïde parade explained the absence of pain and also the absence of diagnosis for a prolonged time.

In France, the first important work on the pathology of the SSN among volleyball players was that of two former practitioners of the sport: Coudreuse and Dupont (4) who were led to search  among 80 volleyball players in the 7 of the best clubs in Paris and the Paris region, a signs in favor of an attack that may evoke a microtraumatic neurological lesion of the suprascapular nerve , by clinically testing - and in a comparative way - the external rotation elbow to the body and noting a possible amyotrophy of the supra- and infra spinal pits.

Consequently, 20 of these players were subjected to an isokinetic test and 10 had an electromyogram. Clinically, there was a deficit of external rotation in more than 50% of cases and amyotrophy in almost 50%.  In isokinetics, the test was abnormal in 12 out of 20 cases. Only 3 out of 10 EMGs were normal and 6 showed isolated infra spinal involvement.

For these authors, 3 actions could explain these results: the smash or the smashed service, the floating service and the plunge.

In 1998,  Feretti (5) published a second study on the subject after observing, between 1985 and 1996, 38 cases of isolated atrophy of the infra spinal muscle in 20 men and 18 women with a mean age of 26 years ( 15 to 27).
At their first examination, 35 of these athletes had no pain and were treated with external rotator muscle strengthening exercises. Three were operated because of persistent pain in the posterior part of the shoulder. Sixteen of the 35 non-operated patients were reviewed within an average of 5.5 years: 13 still played volleyball and 3 had stopped their sport for personal reasons while they were still asymptomatic. The 3 patients underwent surgery were reviewed within an average of 2 years: they were still able to play volleyball but one of them had pain in the anterior aspect of the shoulder. Only one had a reduction in his amyotrophy.
In total, the achievement of the SSN must be less ignored than it is in practitioners who support volleyball.
At a time when the "impingement syndrome" is too often evoked and generates a lot of therapeutic aggressions - not only useless but sometimes dramatic - it is worth remembering that supra-scapular nerve syndrome is still competitive in volleyball practice and that any practitioner worthy of the name should be able to differentiate between an impairment of that nerve and a conflict over rotator cuff tendons. This would undoubtedly prevent these patients of a considerable number of arthroscopic treatments of a so-called conflict that is "necessary to operate" since it is avoided by the MRI.
References
(1) Shangchun G, Chunqing X : Entrapment injury of the suprascapular nerve, mechanism of musculus infra spinatus atrophy in volley-ball players. Chin J Sports Med 1984 ;2 :006
(2) Feretti A, Cerullo G, Russo G : Suprascapular neuropathy in volley-ball players. J Bone Joint Surg 1987 ;69A :260-263
(3) Drez F Jr : Suprascapular neuropathy in the differential diagnosis of rotato cuft injuries. Am J Sports Med 1976 ;4 :43-45
(4) Coudreuse J.M.n Dupont Ph. : Pathologie du nerf sus-scapulaire dans la pratique du volley-ball. J Traumatol Sport 1992 ;9 :55-62
(5) Feretti A, De Carle A, Fontana M. Injury of the suprascapular nerve at the spinoglenoid notch. Am J Sports Med 1998 ;26 :759 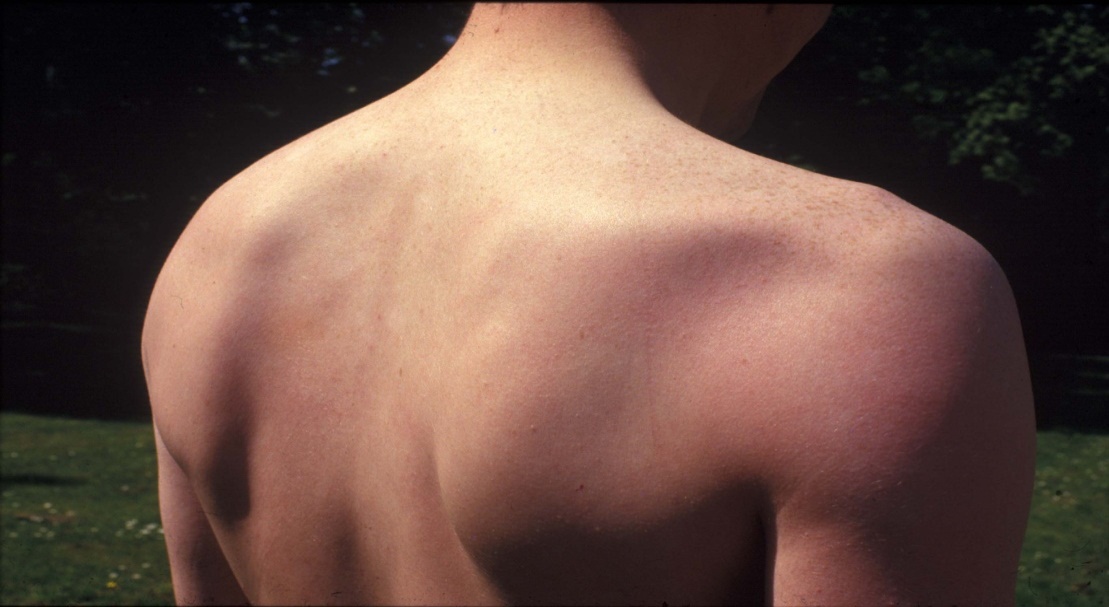 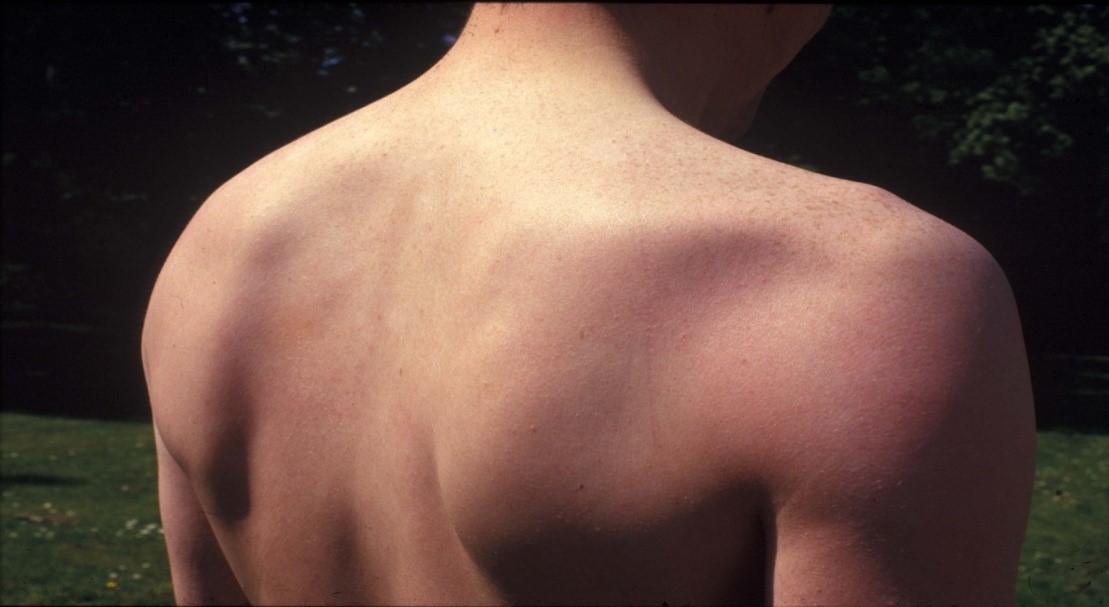 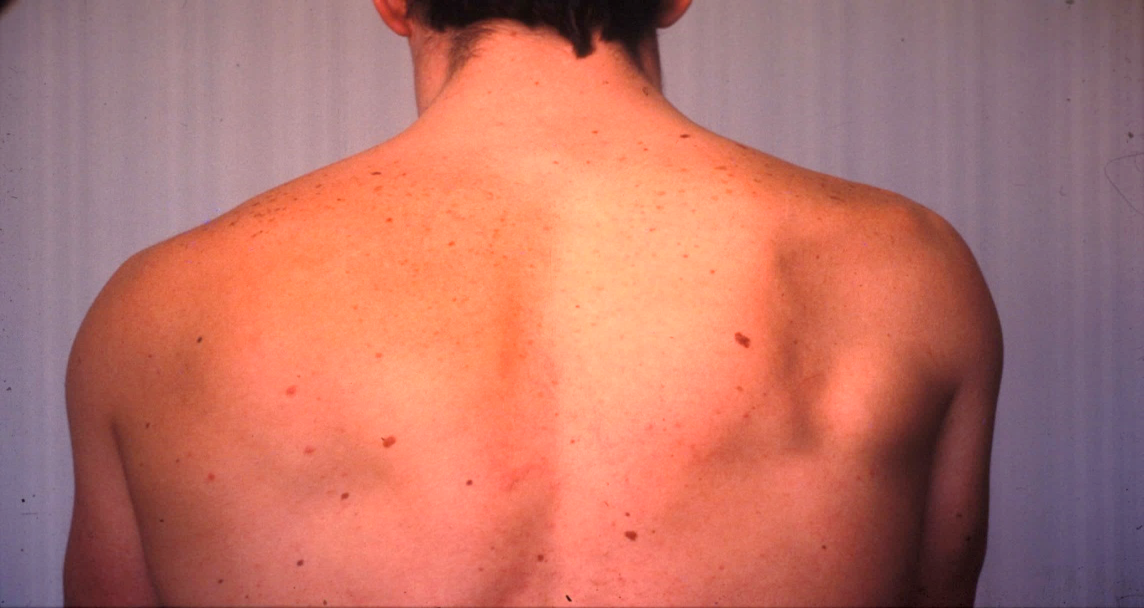